Have you heard the news? TATOC has finally bitten the dust.

The company has come under a lot of fire recently for duping such high-profile organisations such as the Citizens’ Advice Bureau into trusting that TATOC was on the side of consumers. However, this has been found to be far from the case, as TATOC was simply circling consumers right back to their timeshare company – which did not help at all!

TATOC famously demonstrated ardent support of MacDonald Resorts when it changed its contracts to the much-maligned points system. Whilst TATOC insisted that points systems were more beneficial to timeshare holders, those in the industry – including our experts at Timeshare.lawyer – knew that fixed week holders had many more rights.

Points systems are, in fact, incredibly detrimental for consumers. When MacDonald’s made this change, the ownership of the timeshare resort was automatically transferred away from their members and back to MacDonald’s themselves! It’s no surprise to hear that this has resulted in a raft of ongoing legal cases against MacDonald’s for this very matter.

In the wake of these battles against MacDonald’s, TATOC has lost all its credibility. This has resulted in the TATOC bankruptcy, which was first reported in May 2017. The news has understandably pleased many consumers who have become victim to TATOC’s dubious advice. People thought that TATOC was on their side, and was the one organisation they could trust to help them with their timeshare woes.

For other organisations in the timeshare industry, the TATOC bankruptcy has come as a shock. “We have always considered TATOC a partner in the war on resale fraud,” NTOA lamented.

Without a reliable association that is not backed or controlled by the timeshare industry, consumers are feeling a little lost. So, who can they turn to now, when their timeshare turns bad?

If you need advice or help with your timeshare, then do get in touch. We will do everything we can to advise and make you aware of any pitfalls.

The Ever Increasing Cost of Maintenance Fees 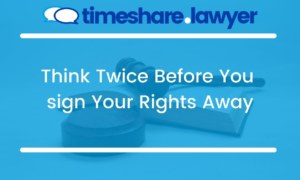