Timeshares are notoriously hard to shake. Some can legally bind you to a contract for up to fifty years, and others will tie you up in knots just to stop you from trying to break free. So if you want to get out of timeshare for good, you’re going to need some good legal help on your side. At Timeshare.Lawyer, our mission is to help people say goodbye to timeshare simply, and with minimal fuss or stress.

Trying to get out of timeshare on your own can be fraught with difficulty. Unless you are an expert in timeshare law yourself, then it is unlikely you will be able to navigate the complexities of specific contract law and legislation that apply. It will take a lot of time and energy, and you will be up against aggressive tactics from the timeshare company, who would prefer you drop your case and will go to any lengths to keep you as a paying member. After all, these timeshare companies are losing money hand over fist as more and more cases come to Court that are ruled in favour of claimants, forcing these companies to fork out compensation, return paid sums, and lose paying members in the process.

One of the main reasons that timeshare companies have succeeded in the past with keeping people bound to their contracts is that most people do not understand enough about timeshare law to spot flaws in the contract that could allow them to get out of timeshare altogether. Often, the timeshare companies take to the internet, using all their powers to defame any timeshare lawyer who poses a threat. Rather than mending their ways and trying to evolve their business model, they stick to their unloaded guns.

Contracts Can Make It Hard to Get Out of Timeshare

Timeshare law can be as confusing and complicated as the contracts issued by timeshare companies. When the average person tries to understand either, let alone both together, it’s little surprise that they come away feeling like the task is too hopeless to even try.

This, unfortunately, is exactly what the timeshare companies rely on. The moment a person engages a timeshare lawyer to help them, it all quickly becomes clear: most timeshare contracts are not what they seem. There have been numerous cases of timeshare contracts being issued that breach regulations on fair and clear use of language. Signees feel intimidated by the confusing language in the contract and pressured to sign, and unfortunately often do so out of a lack of confidence in asserting their rights. These rights include the right to show a contract to a legal professional before signing, and a fourteen day period after signing in which to change their mind and have the contract torn up without further obligation. It is also illegal for any timeshare to exceed a maximum of fifty years’ duration.

Of course, not all timeshare contracts will be found to be in breach of the law. If this is the case, then it still doesn’t mean that you can’t get out of timeshare! A timeshare legal expert will be able to advise you as to how to legally say goodbye to your timeshare contract, without having to attend Court. Legal counsel isn’t free, but when you add up the cost you pay in annual maintenance fees and so on over the years, it is likely to be the less expensive option, and certainly the easier option when you consider the amount of work involved and the potential stress you might endure from intimidating timeshare companies.

Let’s say, however, that there is found to be legal wrongdoing in your timeshare contract. This is not uncommon, and there are plenty of timeshare legal cases being won in favour of claimants to prove it. Many timeshare contracts contain clauses that have recently been ruled against the law. These are just some examples:

Timeshare contracts that exceed a fifty year contract term, also known as ‘in perpetuity’, are now illegal. Cases have been heard where a contract does not specify an end date, and have thus been ruled as ‘in perpetuity’, as the lack of clear definition of an end date implies that the contract will last ad infinitum. Where the contract lasts over fifty years or does not specify an end date, the claimants have won compensation for their illegal timeshare contract, their legal fees paid, and – most importantly – they get out of timeshare for good!

More cases are also coming up where floating week and points-based systems being ruled illegal. Though this is a more complicated aspect, your timeshare lawyer will be able to tell you whether the points-based or floating week system of your timeshare contract is in breach of this law, and advise you how to proceed. The reason that floating weeks and timeshare points are under legal scrutiny is down to the fact that vast numbers of people who are members of these type of timeshares find themselves unable to book a holiday, even when trying to do so up to two years in advance. This is a common problem, as the availability of holidays within the system can be manipulated by the timeshare company itself, and priority booking is offered to non-members above paying customers, with the aim of getting these non-members to sign up and thus earn the timeshare company more money. Of course, the more people trying to access holidays in the system, the fewer will be available and many people find themselves having to settle for inferior holidays despite having forked out lots of money for luxury timeshare holidays.

Where the fourteen day ‘cooling-off’ period was not honoured, i.e. where sums were taken during this period or where the signee was not given the opportunity to change their mind, the contract can be ruled null and void, with double the amount paid returned to the signee. No sum can legally be taken during this period as it is the consumer’s right to have time to think over their decision. In the past, where people have handed over deposits or other sums straight away, they have found it impossible to get this returned when they change their minds. In some cases, people are not even made aware of their right to this cooling-off period, which is also illegal.

What If It’s Not Illegal?

Many people, thinking that the only way to get out of timeshare is to sell it on, end up selling it for just £1 on eBay – a big mistake! Others fall victim to timeshare scams that promise to offer them timeshare release which never transpires (after large sums of money are handed over). Some even simply hold on to their timeshare and keep paying out year after year, assuming that they are stuck with the contract for good. This is far from the case. Even if your timeshare contract is not one of the expressly illegal ‘in perpetuity’ contracts, there is always a way to get out of timeshare – you just need to find the right guidance and advice.

Can I Get Out Of Timeshare Just Because I Want To?

In short, it is very much possible to get out of timeshare. Selling your timeshare on may be difficult, but getting the contract annulled is more commonly achieved successfully. 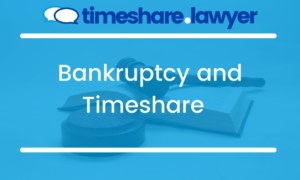